Rare watch collection to be offered at Bond Street Auction 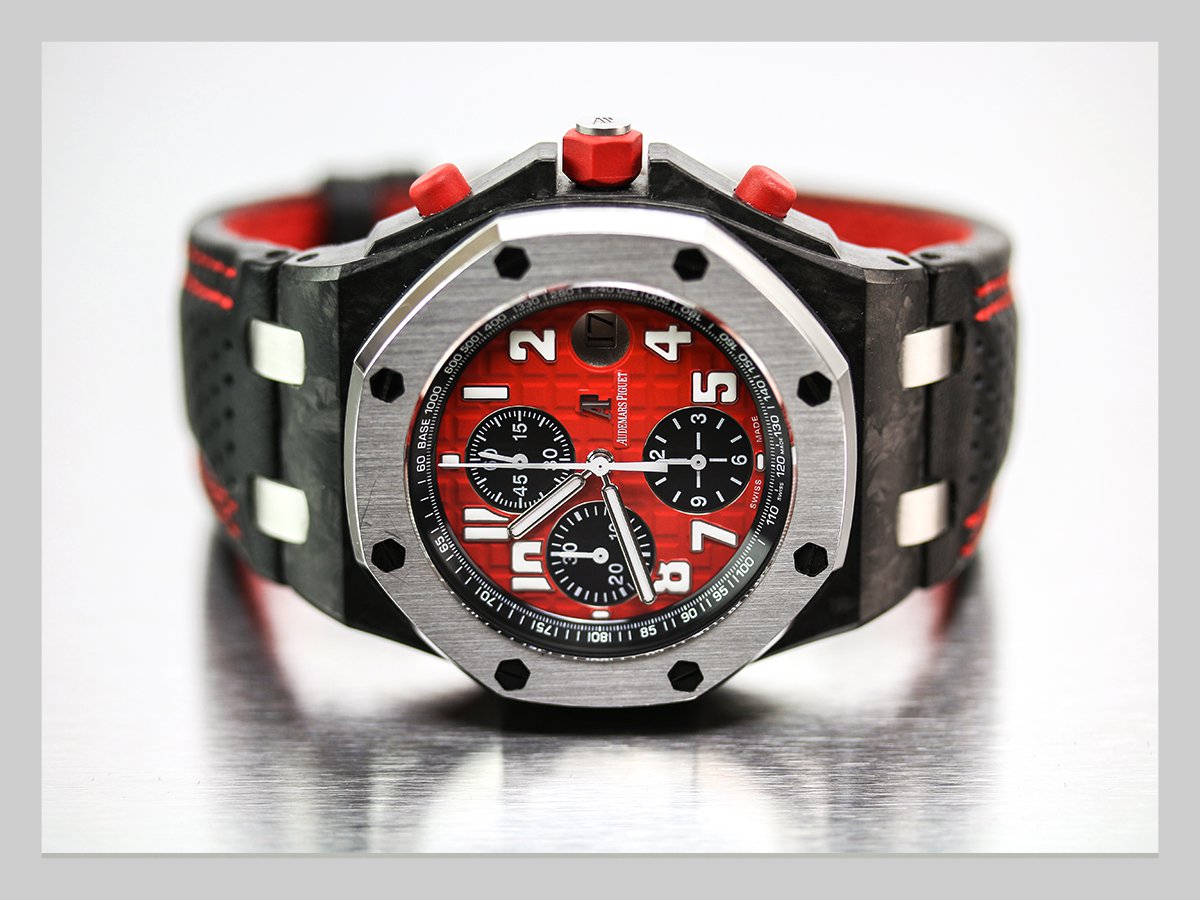 THIS AUCTION HAS NOW CONCLUDED

Our Luxury Assets division are proud to offer a collection of luxury watches at our forthcoming Bond Street auction.

The collection, which will go to online auction from 12th – 18th May, includes pieces from famed watchmakers including Audemars Piguet, Daniel Roth, Rolex, Omega and many more. Sale highlights include two timepieces of distinction, sure to appeal to the most discerning of bidders.

The first watch of note is the limited edition Audemars Piguet Royal Oak Offshore Singapore Grand Prix Chronograph, which has an estimated auction value of £20,000 – £22,000. This timepiece was created in 2008 to commemorate the first Formula One Grand Prix in Singapore. Significantly, this was also the very first time a Formula One race was held at night in a fully lit street circuit.

This collectors piece is one of only 250 watches produced and features a self-winding Audemars Piguet Calibre 3126/3840 movement, comprised of 365 components, 59 jewels, has a power reserve of up to 60 hours and is water resistant to 100 metres.

Its case is made from forged carbon and was inspired by Formula One cars of that era such as Ferrari, McLaren Mercedes, Honda, Toyota, Williams and Force India. Forged carbon is both lightweight and incredibly tough, a material that is essential in modern day Formula One cars.

The watch has a striking design, with a red ‘Mega Tapisserie’ pattern dial, black sub-dials and luminescent white Arabic numeral hour markers. These colours breathe life into the stainless steel and forged carbon bezel. The watch has a perforated black leather strap with red stitching and a stainless steel folding clasp in the shape of the Audemars Piguet initials. 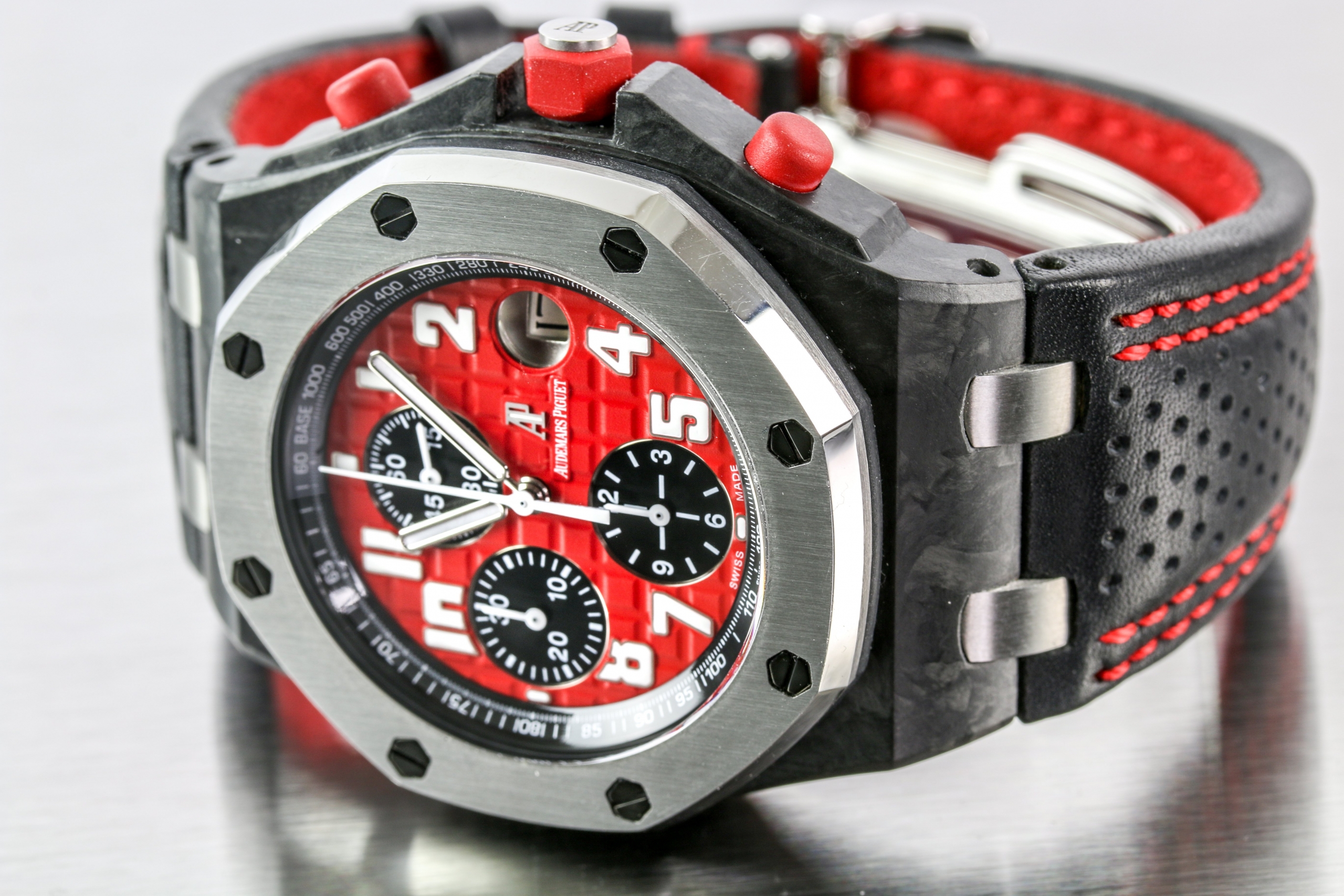 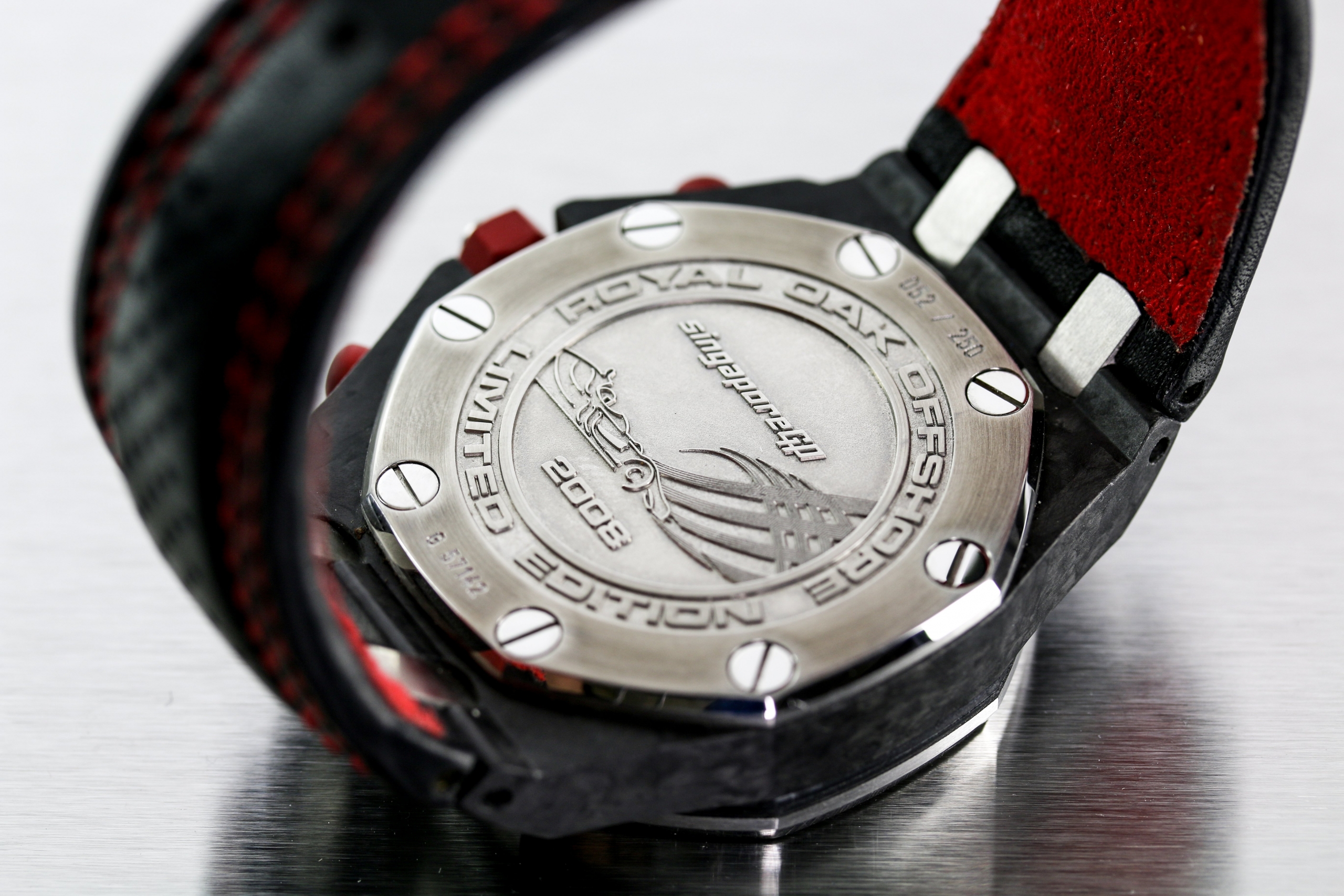 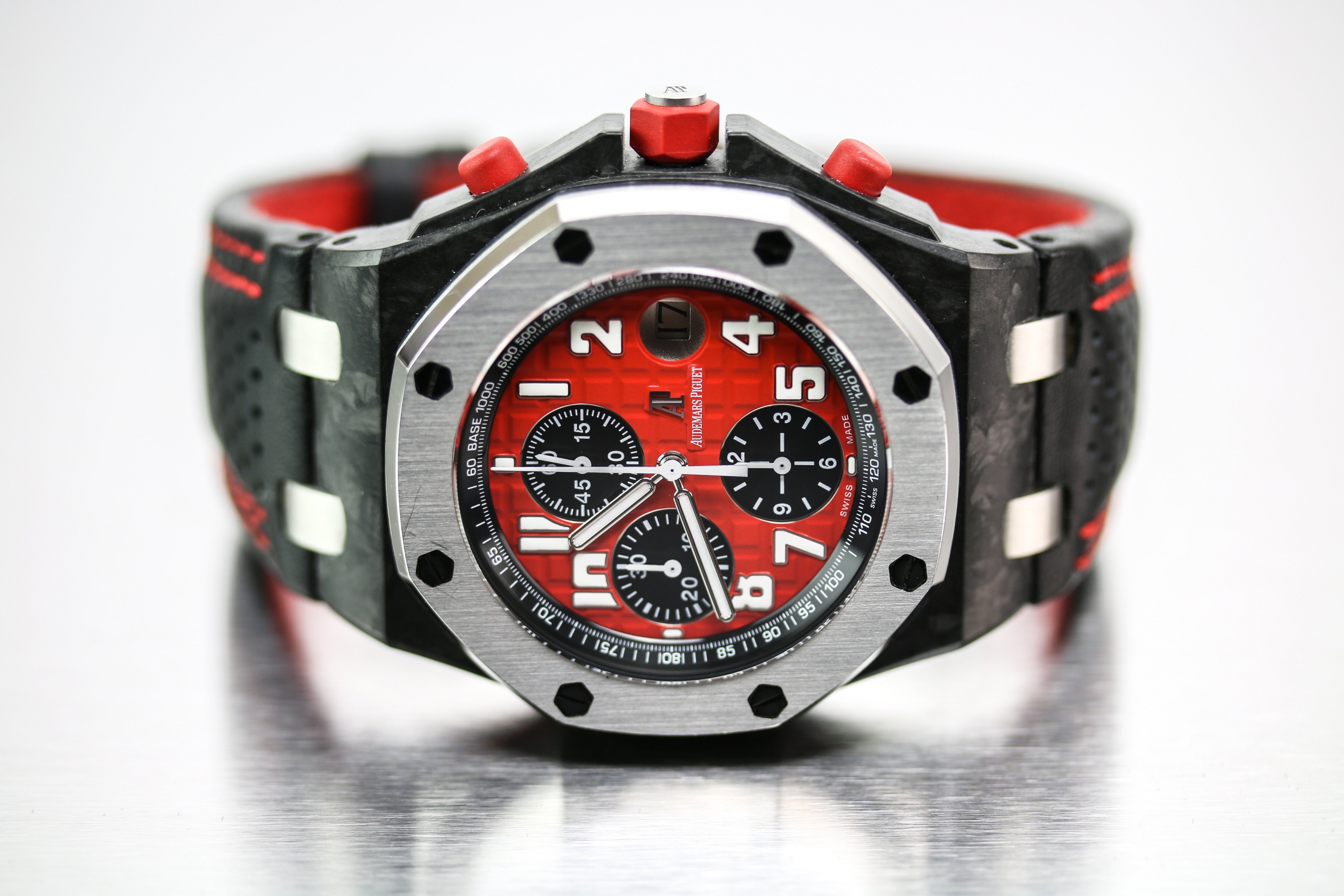 Another sale highlight is a Daniel Roth yellow gold oval double sided dialled Tourbillon Wristwatch worth an estimated auction value of £15,500 – £18,000. It was in 1989 that the Swiss watchmakers Daniel Roth was born. The company soon became renowned for its sophisticated and technical timepieces. Masters of the trade, the tourbillon movement was incorporated into its models to improve accuracy and counter the effects of gravity over time.

Our auction includes a rare complex manual wind watch, circa 1990. The watch features a three arm tourbillon carriage that is visible through an aperture in the dial. The watch also has roman numerals on a brushed chapter ring, a calendar display and power reserve indicator of up to 44 hours to the reverse. Mounted in 18ct yellow gold, the watch exudes style with a crocodile strap by Breguet and gold buckle detail. The watch also comes with the box, papers and COSC Certificate. 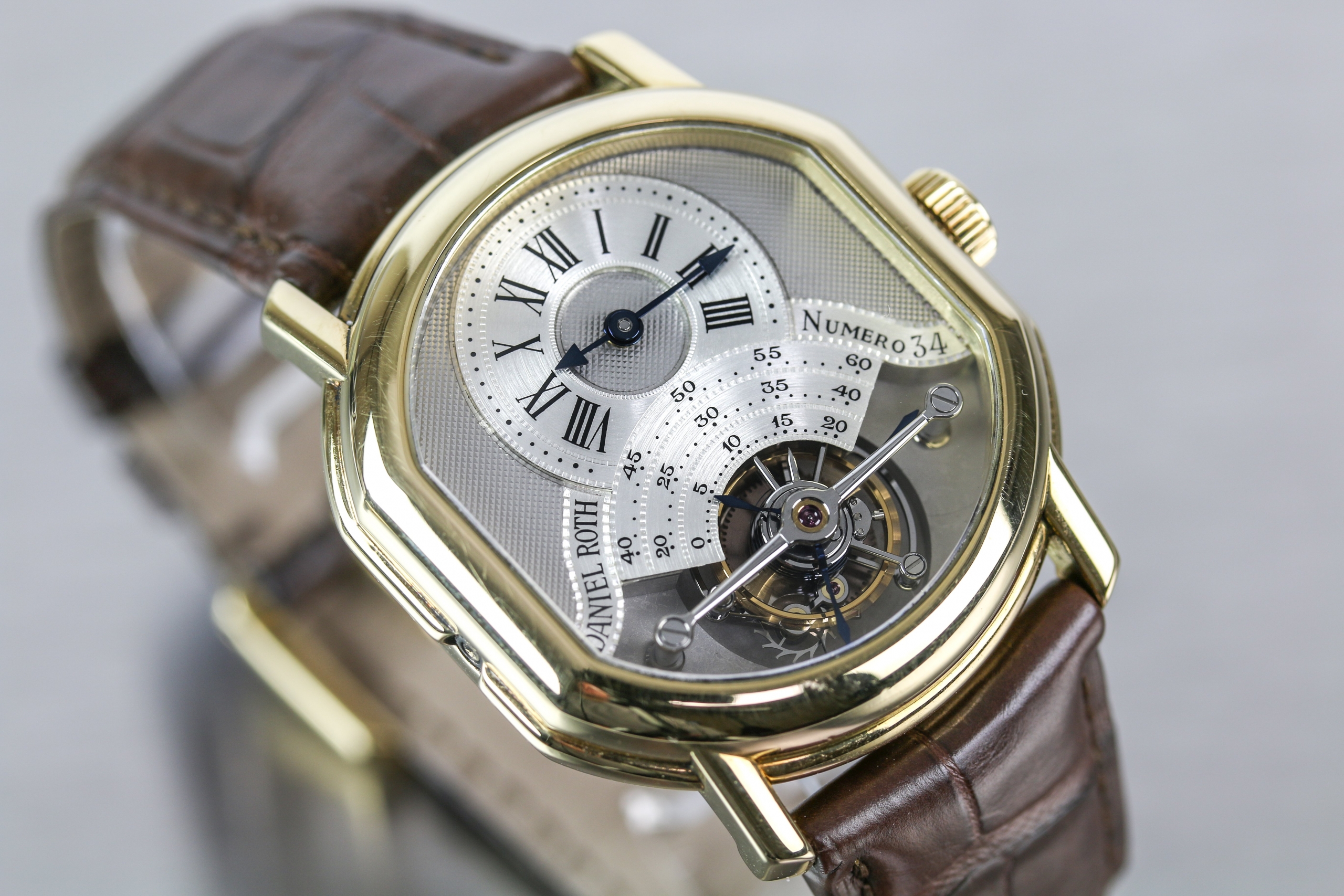 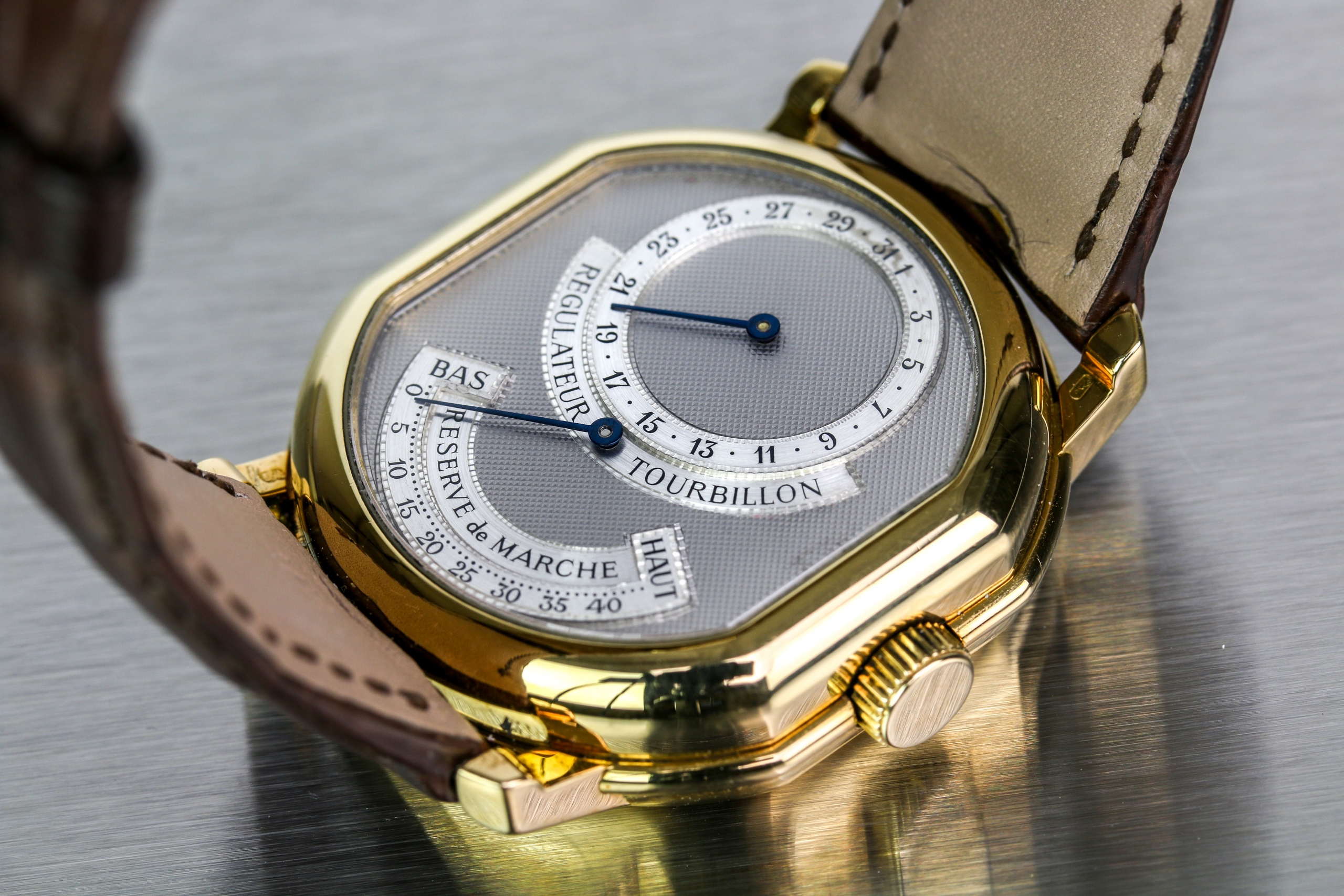 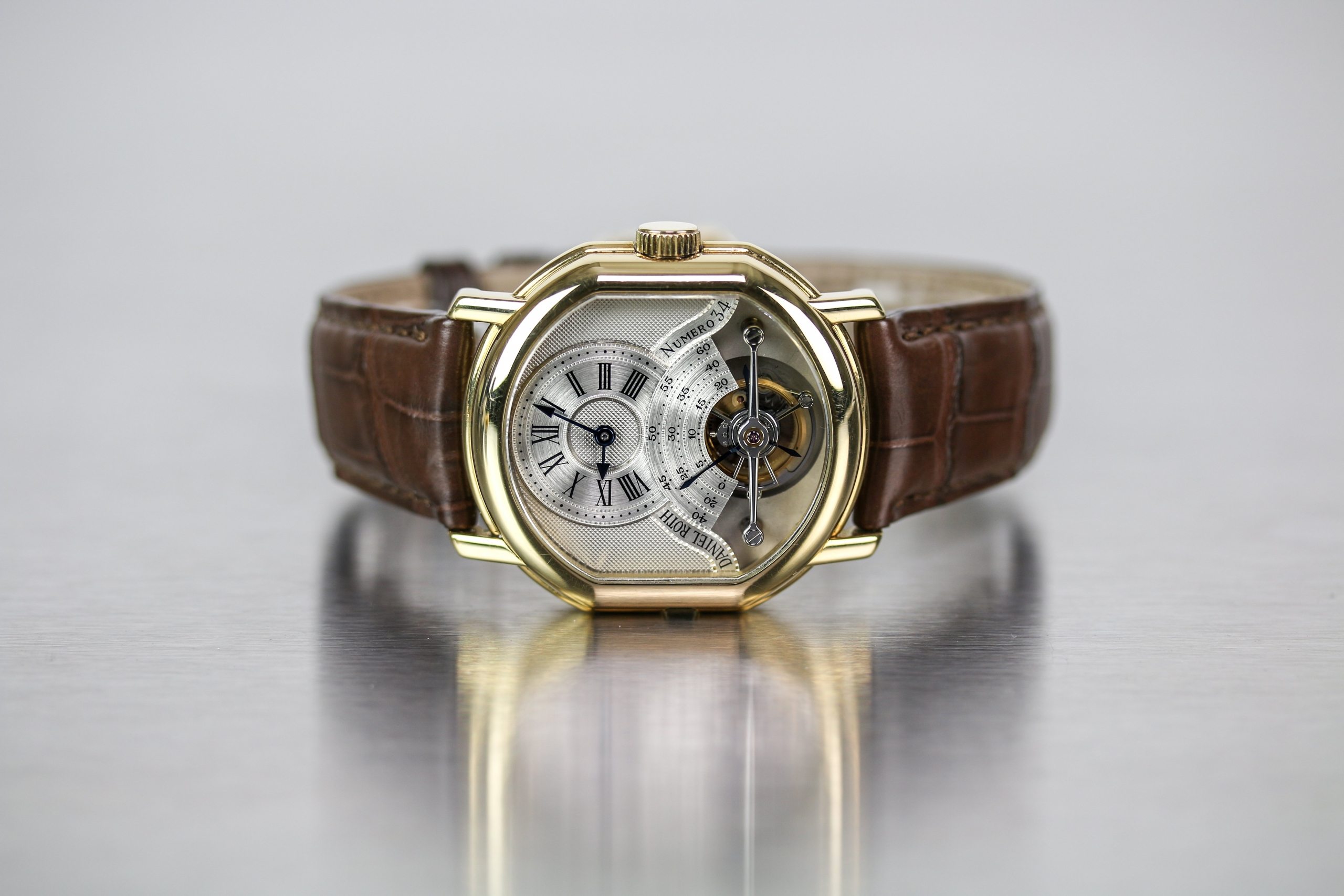