Getting To Know The…Rolex Daytona 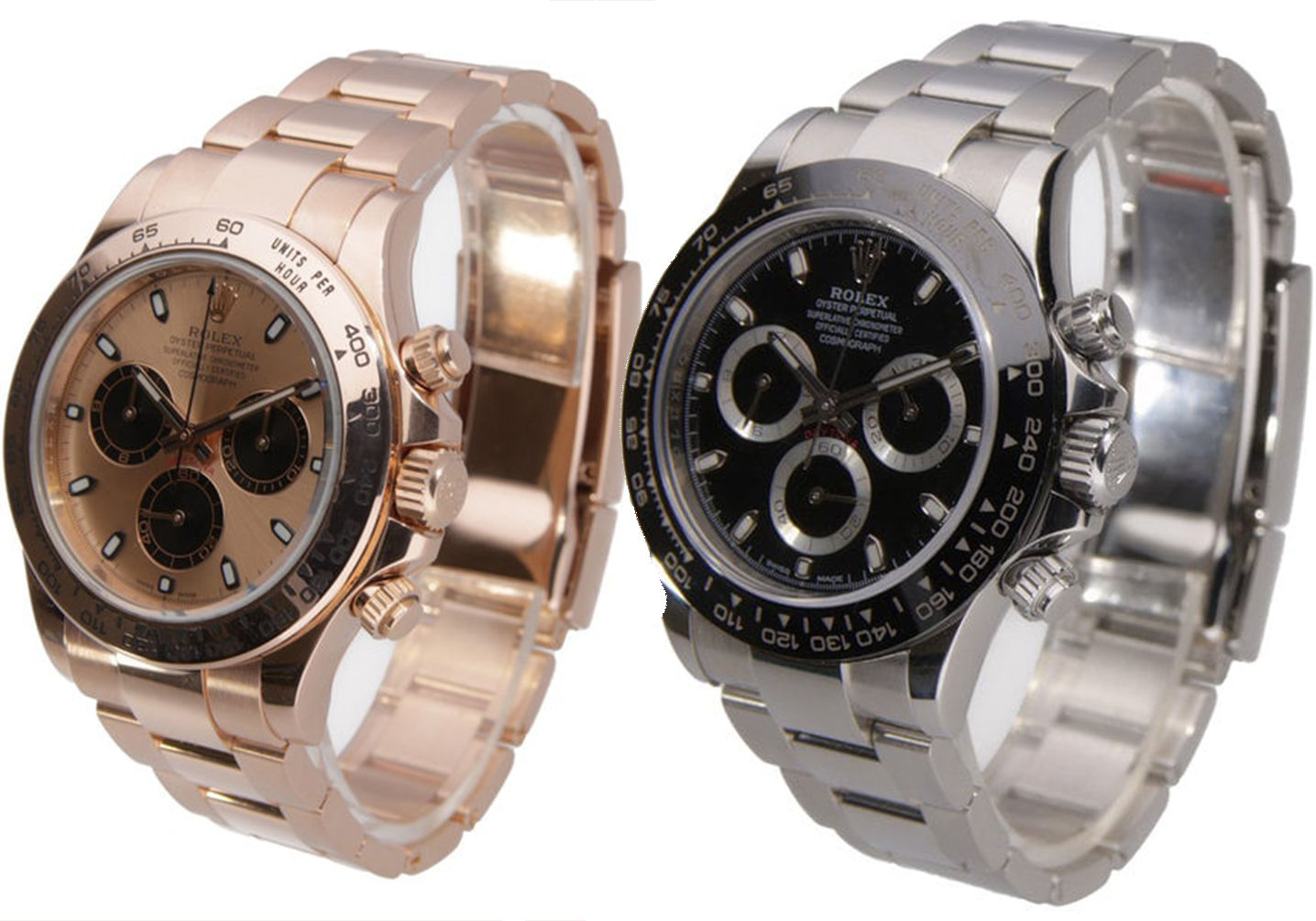 The Rolex Daytona has brought class and style to the wrists of watch lovers for many generations. It became so popular, more versions of the watch were designed and released by Rolex. Some debuting with immense success, and others not so well.

Regardless of the disappointing reception, the Daytona received when first launched, Rolex continued to craft 500 ‘Daytonas’ each year until 1961, when deciding to discontinue the seemingly disastrous watch, which was usually valued at around £200.

The Reference 6234 was nicknamed the ‘Daytona’ within the year of the initial automobile races in 1902 on Daytona Beach where the racing drivers often wore the watch. The nickname ‘Daytona’ highlighted the strong connection to automobile racing, a connection that drew attention from actor and racing car driver, Paul Newman, the widely recognised actor and exceedingly talented racing driver during the 1930s. The desired excitement Rolex had longed for finally took shape when speed seekers and those with a thirst for adventure started to realise the potential of the carefully crafted accessory.

The Daytona along with other Cosmographs continued to linger on the shelves of jewellers for the following unproductive months.

This drew a surplus of attention towards the Daytona and is now valued on average at £20,000 as a starting point.

Offering a different approach to watch wearing, adding a range of scale readings, the watch became extremely admirable to celebrities, well-known actors and of course, racing drivers. The distinguished counters with art deco style numerals boosted the significance of the watch as it spread worldwide and finally fulfilled the success it was designed for.

At present, this hard-to-find accessory fascinates and intrigues without fail. With a silver and black dial, stainless steel case and tachymetric scale bezel, distinctly bigger than most other watches, this Daytona can measure extreme speeds, exposing the world of sport to its ideal watch since 1955.